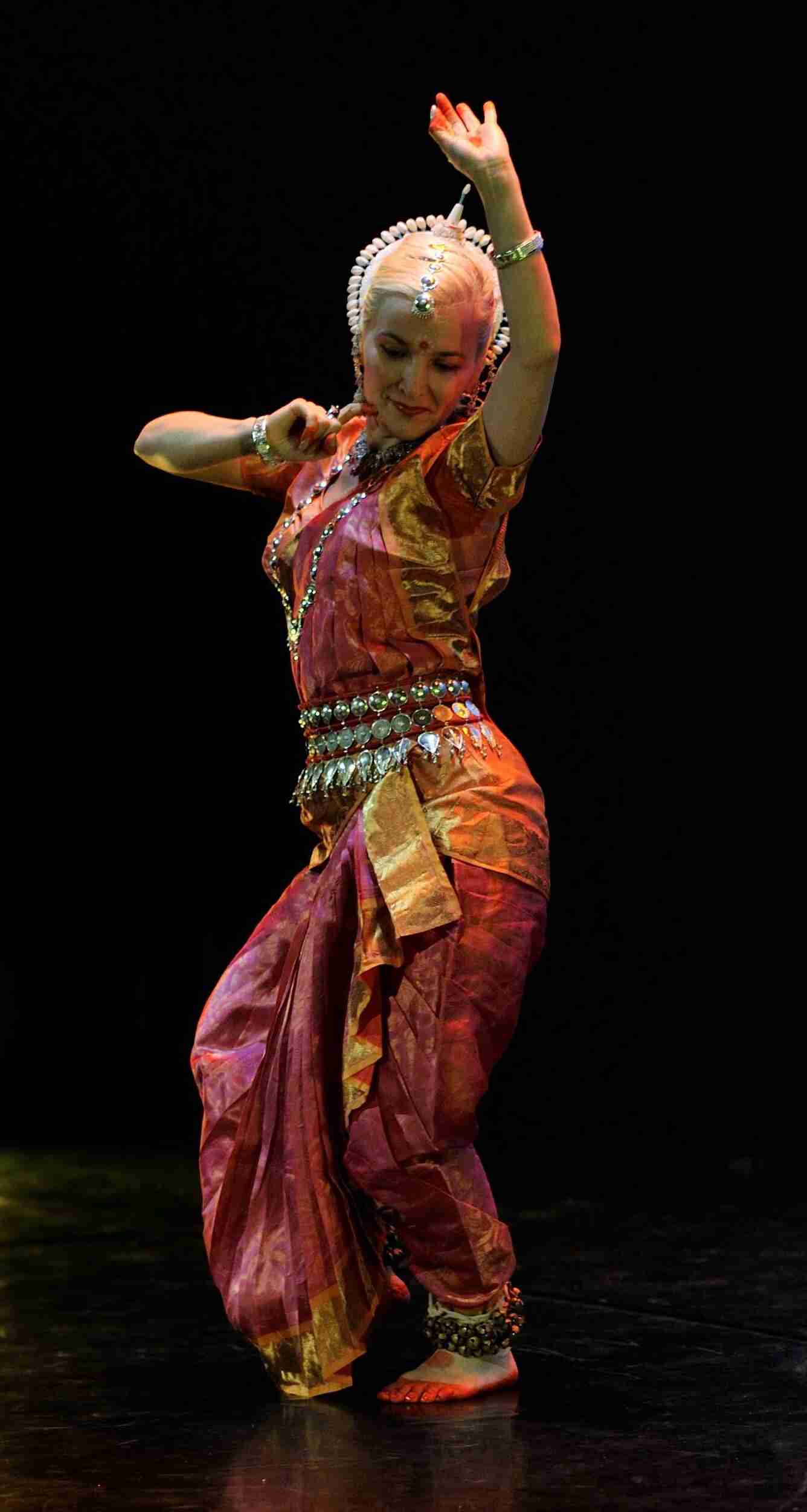 Odissi has a long history and it has been danced for more than 2200 Years in both Hindu, Jainist and Buddhist temples, as well as in Tantric temples to invoke the spiritual development and as a part of the sacred devotional service.

In Sanskrit, “Pallavi” means ‘to grow’. Hand gestures and body movements are not meant to tell a story. Rather, they are used to create and enhance beauty and the movements grow in their complexity through the dance.

Saveri Pallavi is an exception from the purely technical dance, as it has the “Shringara rasa” or ‘flavour of beauty, attraction and love’ as its sub-theme and expression.

A rasa (Sanskrit: रस lit. ‘juice’, ‘essence’ or “flavor”) is an essential mental state and the dominant emotion in the dance or a certain feeling, that is transmitted to the audience.

There are nine rasas in Indian art and performance, where the “Shringara rasa” or is “the King of all rasas”, in a higher state of this rasa is an expression of deep devotion.

Odissi is an ancient Indian temple dance, which has clear archeological evidences of being more than 2200 years old.  It originates from the state of Orissa in the North-West of India.

The ancient name of the Orissa state is Kalinga. Orissa or Kalinga has been conquered by the great king Ashoka, who later established the Buddhist doctrine in the area, which lasted longest in India – until 1500 century. It is primary from Orissa, that Buddhism later spread to other Asian countries.

Dance in Orissa evolved as an expression of devotion to a “Higher Being”. Both Jainism, Shaivism and Mahayana Buddhism had a strong influence on the Odissi dance. Also the Vajrayana Tantrism has strongly influenced the style of this ancient dance form.
In a number of sculptural pieces and ancient paintings of the period of Buddhist influence in the area, there are found deities pictured in the Odissi-style dance forms. Among those can be mentioned Heruka holding a Khatavanga, Vajravarahi or Vajrayogini, displaying  a Vajra-tarjani mudra, Marichi (Tib: Ozerchenma) and Nairatmya (Tib: Dagmema).

Aparajita is displayed in a vigorous dance pose, showing the tarjani mudra with her left hand and chapetadana mudra with her right hand, in which she holds a flower. Aparajita’s other name is Sitatapatra or White Umbrella deity.