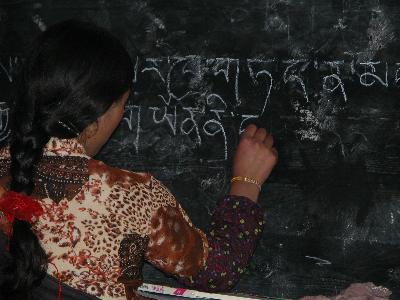 The Dzogchen nomads have no education system as we would understand the term. The population is largely illiterate.

The only school in the region does not provide lodging and is therefore out of reach for children whose families are often one or two days distant. Also, most nomad and farmer families simply cannot afford an education for their children.

Although the living conditions of the population as a whole are already far from easy, girls are at an even greater disadvantage. Although there is no framework for normal schooling, it is still possible for boys to get an education in a monastery. No such opportunities exist for girls and women.

The first project of the Zangdok Palri Programme has been the construction of a primary school and orphanage, launched at the request of the nomad population and inaugurated on July 2002.  Pupils were selected in light of their family situation, priority being given to orphans and children from the poorest families. Almost all pupils live in the school, being either orphans or coming from nomad families. 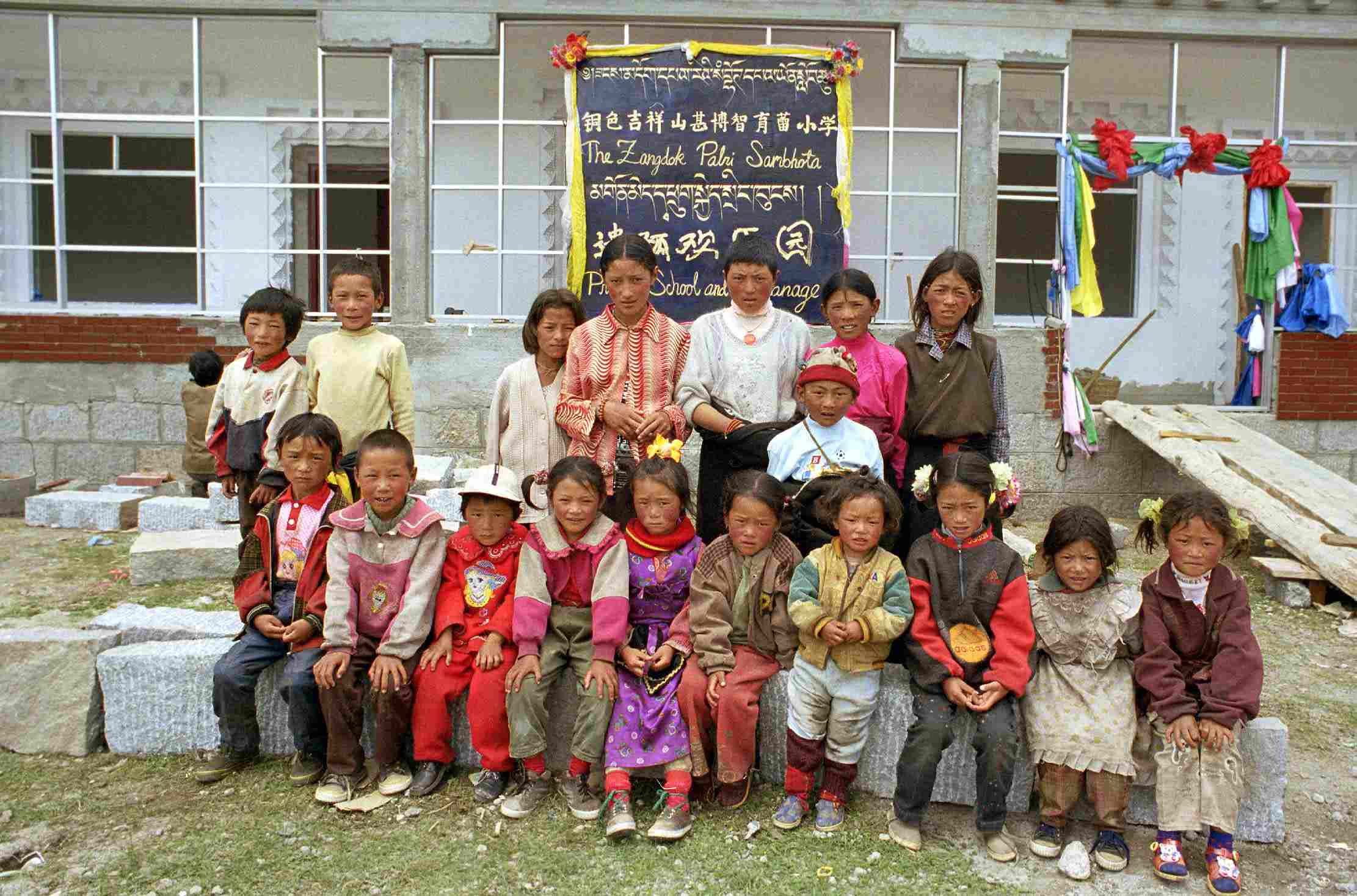 School children at inauguration time in 2002

Two Tibetan teachers teach Tibetan, Chinese, calligraphy and math. English courses are planned. The children are also taught dancing, physical education and drama. Two villagers were hired to look after the children and take care of the cooking and household tasks. Yet another staff member guards the school’s yak herd. Indeed, some ten yaks provide the children with milk for butter, cheese and yoghurt, and their manure serves as fuel. A waterhole dug on the school premises provides drinking water and avoids long marches to a rather distant source.

For most of the year, the children receive lodging at the school. Their family situation permitting, they spend the spring and winter holidays with their families.

Since the beginning of the Zangdok Palri programme, members of the organisation have visited the area yearly – at their own expense – to follow up on the progress made and to assess future needs.

In substance, the project involved the building of a school with the capacity to educate some 40 girls in three classes. The school is located at the periphery of the Dzogchen village.
The Zangdok Palri Sambhota Primary School and Orphanage is made of several buildings:

The all compound is walled in by a 3 m high wall.